The office will be abolished by 2030 | Zapier Report

In this article, the Zapier site has conducted an online survey of 886 Knowledge workers on Teleworking. (In all of these people, computers are a major part of their work.)

The issues discussed in this article include: the tendency for teleworking, reasons, efficiency, gender segregation of views, and eventually office abolition by 2030.

According to the study, women and parents with children under 18 are more likely to be teleworkers. Statistics show that in the worker’s view, their productivity is greater in teleworking.

And the most important reasons for choosing teleworking include “saving money” and “spending more time with family”.42% of employees are more productive with teleworking, and even the average time they spend on work is longer than when they are in the physical office.

Finally, 66% of people think that by 2030 the office will be completely abolished and companies will have to develop new rules for teleworking with employees.

It was a good summary for this report. Thanks 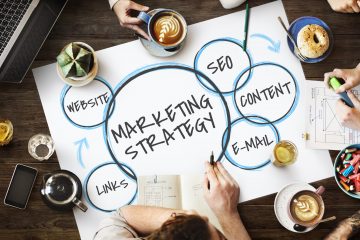 Use Blockchain in Marketing (5 Top Reasons)

In this post, we will look at five reasons and advantages of blockchain in marketing, which are discussed in more detail in this article. 1- Blockchain and Transparency The current PPC advertising model is Read more…

Despite the high impact of blockchain on marketing and advertising, only 8% of businesses use blockchain technology, according to The CMO Survey. Most businesses seem to be waiting to see what happens next. If there Read more…

Is COVID-19 an opportunity for video streaming services or not?

[vc_row][vc_column][vc_column_text]  According to medianova in its article “How Is Corona-virus Affecting The Streaming Industry?” there is a drop in all industries even the streaming industry. The question is that can COVID-19 be an opportunity for Read more…

LOGIN TO YOUR DASHBOARD